Help! Something is wrong with the air conditioning in my vehicle.

Milton summers can be hot and muggy, making air conditioning an essential part of daily travel. There can be several different reasons that could explain why your frigid air has suddenly turned balmy.

Here's how a air conditioning system and all of its components work.

Step One: The compressor is called the power unit of the entire A/C system. A drive belt connected to the crankshaft on the engine is what the compressor is powered by. When you turn on the air conditioning system in your vehicle, the compressor uses high heat and high pressure to pump out refrigerant vapor.

Step Two: The condenser is a small device that is used to change the consistency of the high-pressure refrigerant vapor into liquid form. It has small cooling fins and parallel tubing, making it look very similar to the radiator it is mounted in front of. If you gaze through the grille of a car, and see what you believe is the radiator, most likely you are seeing the condenser. During movement of the car, air that is flowing through the condenser takes heat out of the refrigerant, changing it to a state of liquid.

Step Three: Refrigerant moves next into the receiver-drier. This is where the liquid refrigerant is stored. Moisture from the refrigerant is also removed here. This is essential since any moisture that is lingering around can freeze in the system, effectively causing a block in the tube.

Step Four: While the compressor works continuously to efficiently pressurize the system, the new liquid refrigerant, which is under high pressure circulates from the receiver-drier to the important thermostatic expansion valve. The purpose of this valve is to remove pressure in the liquid refrigerant so that it is able to expand and once again become refrigerant vapor in the back in evaporator.

Step Six: Full of heat, the low-pressure refrigerant vapor is drawn back into the compressor in order to begin another cycle of refrigeration.

The process from start to finish is quite simple since the A/C systems in the majority of cars work this was. The easiest thing about obtaining air conditioning is that you simply press a button in order to make it work. Air conditioning systems are known to be pretty reliable. It is rare to have any problems with the newer models. However, if problems do occur, they are usually one of two things: Insufficient cool air or no cool air. If your vehicle is an older model and the system does not seem to be working at its best, here are some general tips for troubleshooting potential problems: 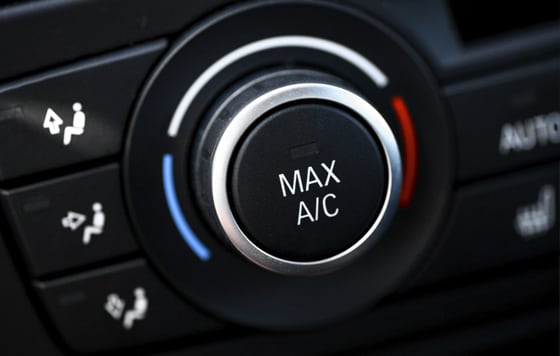 In general, it is best to leave the majority of A/C repairs to Gorruds Auto in Milton, Ontario, Canada. Very often there is special equipment that must be used and that the average person does not own. The system should be checked as part of the maintenance program on you vehicle at regular intervals. The Precision Service team members at Gorruds Auto will be happy to fix any problems in the system, and also look for areas of wear that may become a problem down the road.